Christodoulos and Ulysses traveling together : The knowledge about Philoktitis and the healing properties of terra limnea

Here are our news from Limnos: On this island, Christos - doctor and psychiatrist - is guided by an ancient story involving a hero and a snake.
In the Odyssay Homer tells the story of Philoktitis. He was a great hero of the Trojan war. One day he was bitten by a snake - an incurable wound. And the generals - also Ulysses -  betrayed him and decided to leave him to die on the island of Limnos. Philoktitis was very weak, but just when his life seemed to come to end, he took some clay from the ground in the cave where he was hiding. He put it onto his wound - and it healed. 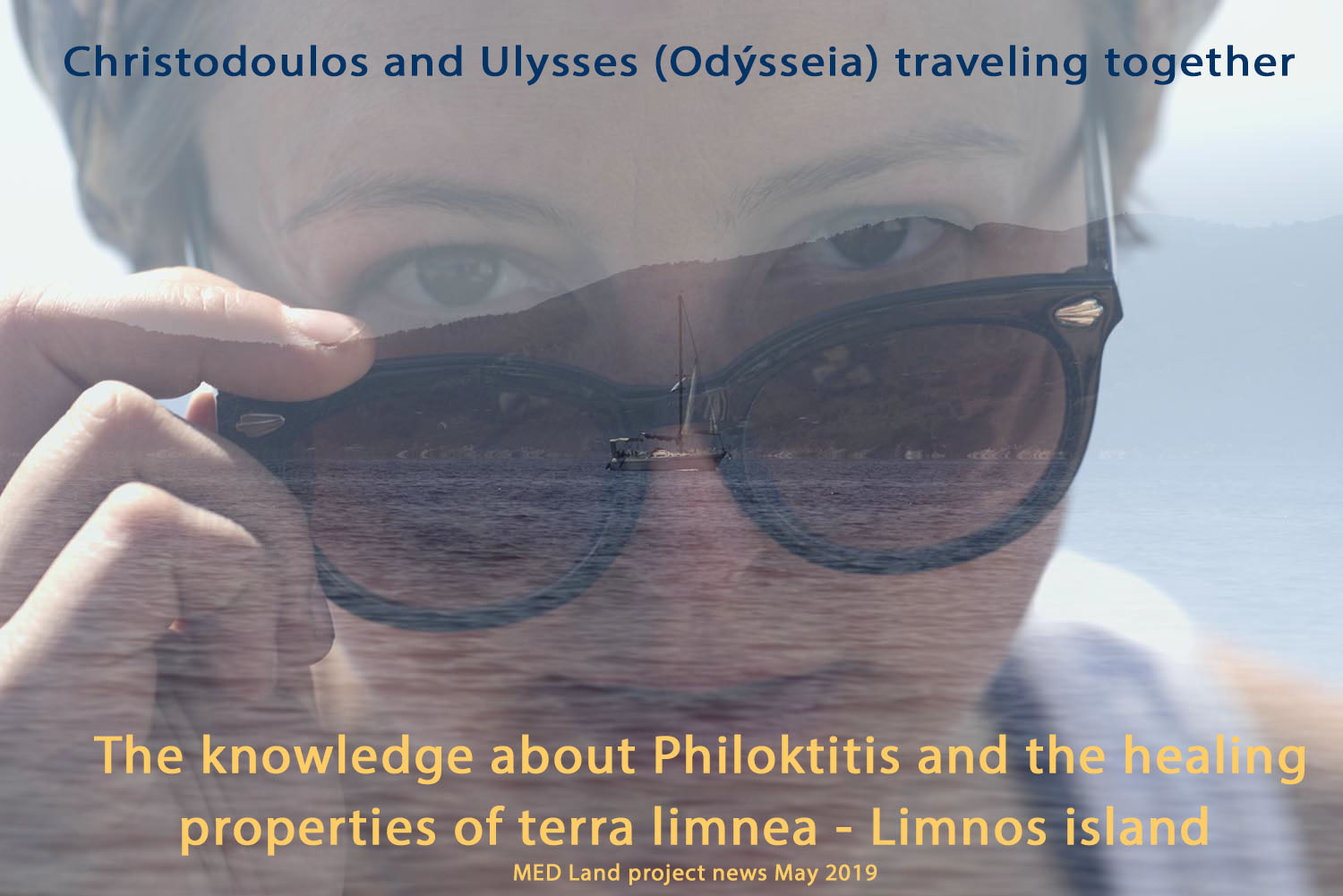 PS : The fist team of 2019 MEDLand storytellig-project is related to the last recorded story in 2018: Christodoulos is the heart of the team now - and the focus of the story. How comes? We are four now, plus one.. Eleonora from Berlin, Germany, connected to the project through Workaway-platform. Her skills are journalism - audio, with a finger in video also.