On the base of previous projects in Mediterranean – Adriatic sea, on the Croatian coast and in Venice lagoon, also “coming from the sea”, approaching the land on the boat,  interacting with people and land, documenting with self-portraying, on-location photography, audio interviews, documentary photos and videos – during 2016, a larger vision of All Mediterranean project was defined. Who, what, how, beneficiaries…, a complete concept was written. It was done with the help of three experts from different fields.**

How to work “on location” – the active part of the project, will be visible from what I can imagine from previous experiences. Staying and living on the boat, and functioning in the project terms from the boat, is not new to me. My experience having the boat as the living and working base was limited to Adriatic Sea (from 1986 on!), which is only a small and shallow part of Mediterranean. After the MED concept I needed an experience that would answer me what does it mean to sail longer distances to new places … find a safe place in the port, do all needed on the boat, and have time to work on the project. It is about the timing, how much time and my attention do I need for “the approach from the sea”.

Fifteen people backed me up! to do this logistic research trip! 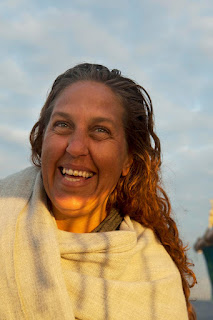 I got also a perfect crew, Jana Prepeluh, performer artist, with experiences of collaboration with other people on the projects, traveling and working also abroad, half-Bombay citizen, and as well sailing in the past… She is wind-boat-sea lover, willing to overcome any challenge, which sea can be :)) 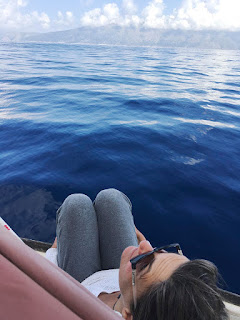 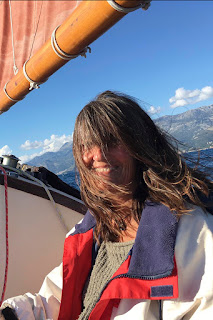 In the last week, Eva Marn – an activist for human rights, living rights…, layer, active in NGO sector (Humanitas), start-up person…, joined us. Eva was one of the experts, working on MED concept. 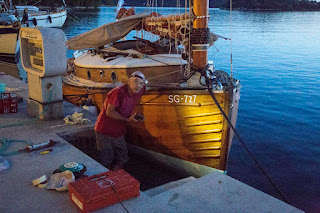 The boat needed attention )), also on the way.. 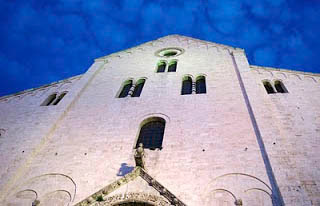 Where it all started again?? At BASILICA DI SAN NICOLA in Bari, Italy, in summer 2010?

I came to Bari to find out if Nalu (the sailingboat) is the right boat for me. Since I did not know at that time anything about wooden boats, Andrea Tagliapietra,, from Venice, Giudecca, third generation wooden boat builder, accompanied me … at the end of the day, before we flow back to Venice, he proposed me to go and visit Basilica di San Nicola … inside of this huge space, with the wooden ceiling, like the inside bottom part of the boat, I got blessed with the very unique and strong inspiration “about the universal principle of energy structure which is turning the life on Earth – a different and more complex than Yin-Yang principle, which is based on tension of polarities… So besides having a mixed opinion from Andrea if Nalu, she, is good enough to buy, I got “an inspiration”, which still now, after 6 years, is engaging me… My conclusion was that already visiting San Nicola (named by saint, the protector of sea-traveling people) was more than I could expect and wish from that day… Three months later I came back for the boat with Ivana and Sabine to sail from Bari (I) to Piran (Slo), and started the restoration (which was at the end even published in the book by Andrea Chappai-Barce in Legno). At Bari, two key points for this current project were embracing me: one is the boat and the other is the Mediterranean, as one of the great sources of “new age” – the world where the new logic of living is seeking to incarnate.
And the boat?
Well, this has also a long story. In the sixties I traveled few times to India, by road, train, hitchhiking…, by land. And  when I came there, I WAS THERE! Really there! So different from entering through airport and being another 10 days lunatic. In the eighties I loved to visit and stay on the Croatian islands; Susak, Kornati, Unije, Ist, Premuda, Mala Rava, Vis, … yeah, freedom, openness was all over the place in nature and people. Those times I came by boat! Interacting with people, taking photos, filming,.. publishing feature stories, also in foreign geo-magazines…

Coming over the sea, from the sea side, gave me a specific entry point for connecting with an island and tracking the space in time of the following days… AND also this last basic research trip, with the focus on Ionian islands in Greece (a distance of 400 NM from Faros – Hvar), gave me the same feedback! Coming by boat and touching the ground on the shore, is most primary and natural way to establish relation with people, and to trace your way through the island in the way everybody else living on it does it, from the ancient times on!! **
“HOW was the trip?” I did 3 LOG emails on the way – which were shared through the supporting group of “18” who backed me up financially or contributed with other material or nonmaterial means.
PDF LOG 1,2,3, is here,  and summary of the trip in English will follow )) 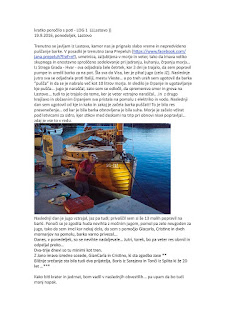 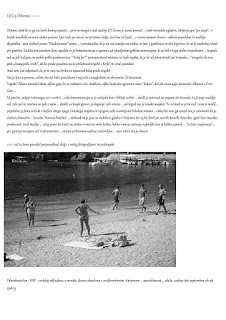 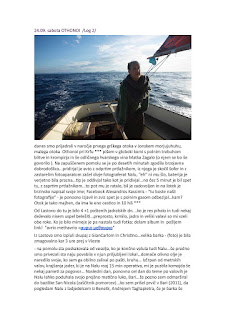 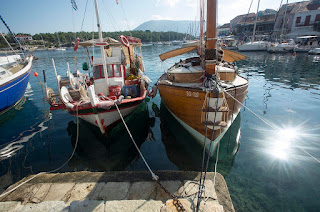 = by boat is the appropriate way: the basic wisdom of photography / film…, documenting a story making, is about being in the right place at the right time, to be THE witness! So the first step is THE contact with the place, to be in tune as much as possible, and very important is, as well, having the clear aim of your interest. I can stand beside the person in front of the monument and most possible we would be in two worlds, depending on previous “steps”. It is about tuning in with your all senses open. 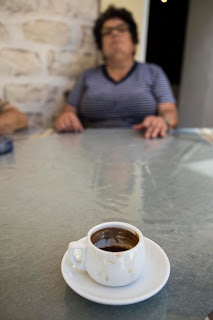 = story by story, ongoing diary, ongoing publishing is the basic form to share the content of documentary / feature / selffish -self-portraits and interviews 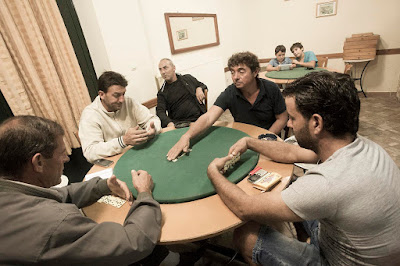 = creating a network for collaboration and exchange between the people involved in the project – primarily the islanders. This is a basic, primal purpose of creating and publishing
stories

= sharing “stories” with network of “followers”, let it grow, and focus on them as primer audience

= feedback from followers and collaborators is a constitutive part of creating the project, (through webpage, FB page)

= crossing the  networks: of followers, “islanders” and of people involved in the project 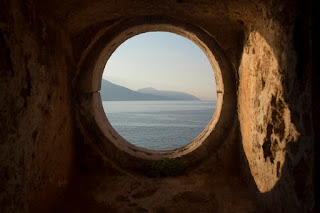 = constitute a budget (contributed mostly from the network of followers) on a monthly basis
=  residency program: other creative people can join the project for a limited time on the boat, and create also their work on the related theme (s)
= start with the web page and load also the previous work, done recently in Adriatic and Venice
= revise planning on the basis of experience from MED project – research trip in Sept-Oct 2016 ***
= coordinate the team and workflow: communication/PR person, editor+ and translator for WEB and FB page, next crew member ****
= improving the boat
= improving  photo, video audio recording gear
* besides me, there were three experts working on the MED project concept: Stan Coenders, Eva Marnand Japec Jakopin, the different approaches with a very clear and condensed result.
**  the question is when I am on the shore and even some km away from the boat, who would actually know that I am “one of them”? … In my experience I do carry this “attitude” with me, and I act, communicate and respond as a close-by neighbour, loosening the feeling of being a foreigner. Confidence is actually the key attitude to really blend, experience and respond, in my case with cameras, recorders, notes…
*** in 23 days long trip (plus 2 days of final preparations in port), which is 360 active hours, on 870 NM long trip, we spent nearly 230h for sailing and mooring. It means 8 days were left to “interact ” with people on the islands. In our case three days less! since we had to wait for better weather conditions to cross the Adriatic Sea … In 23 days long research trip, only 5 days were actually left for the project (22 % of time)! During the actual project in the future, proportion of time spent for traveling and time, working on the project, will be  different, but “long distances over the sea” must be calculated. Estimates for the future: 3 months altogether is needed for staying longer on 7 locations (islands), focused on the project and coming up with some 20 stories!

Improvement in “logistic – traveling” also needs some updates on the boat, to gain some speed under the sails as well as on engine.

**** next crew member – the experience to have two important rules, focus on the project, as well as being a skipper and doing most of the sailing navigation, and then being also responsible that all is well in the port, doing some repairs, taking care of water, fuel…, it all takes time and energy, and NOW I can see that a crew member that has (also) skipper skills, is very welcome, at least for some parts of the trip in Greece and Turkey islands. 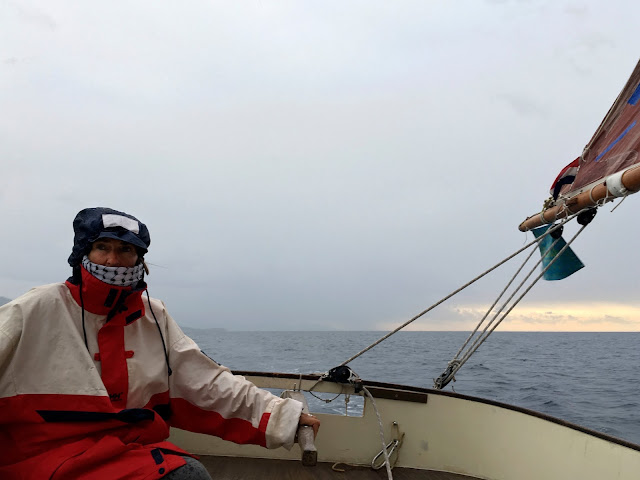 = timing my plan was to work on the project 3 years, 5 times for 3 months (spring and autumn). The reality of intensive pressure everywhere, on the coast and islands, generated from the tourist business, made me think that actually winters are better. Tourist season, at least in Greece, starts in late April and ends up in the end of October. People living on the islands actually pop-up in the open in the winter. Most of the activities, on the land in olive plantations, vineyards …, and building season, are actually happening in late autumn, winter and spring, so at least, the first Leg of the MED project should be over the winter period. 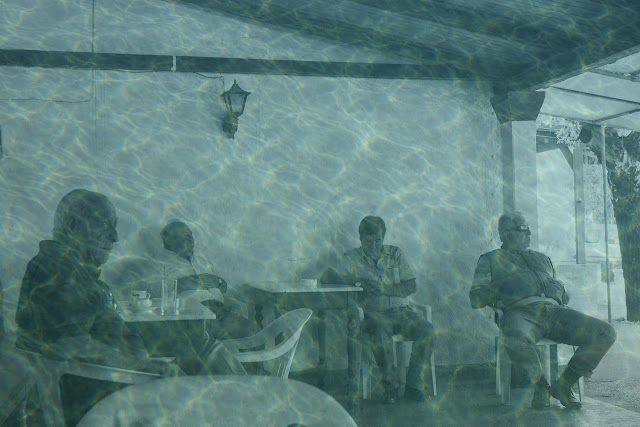